Second review this week, and probably not the last. 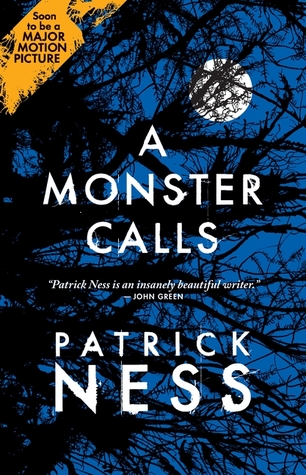 The monster showed up after midnight. As they do.

But it isn’t the monster Conor’s been expecting. He’s been expecting the one from his nightmare, the one he’s had nearly every night since his mother started her treatments, the one with the darkness and the wind and the screaming…

This monster is something different, though. Something ancient, something wild. And it wants the most dangerous thing of all from Conor.

It wants the truth.

“The monster showed up just after midnight. As they do.”

It’s been a while since I last read a book in one sitting, but I couldn’t put this down and I couldn’t go to bed without completing this beautiful narrative. If you have not read this yet, my first recommendation after ‘read it’ is make sure you have time to devour it in one sitting.

I don’t want to say too much about the narrative because I went in with very little information and was appreciative of being surprised with every little twist and turn, but what I can say is that it was easy to get swept up in and pulled at my heartstrings in every way possible.

“You do not write your life with words. You write it with actions. What you think is not important. It is only important what you do.”

The writing was superb. This was my first Ness novel and I was impressed by the standard of prose used here. It’s a book for a younger crowd but it does not underestimate the intelligence of its audience. It is a smartly written book with many subtleties and it excelled in layering meaning into text.

As the protagonist of the story, Conor is a wonderfully flawed character struggling at home and at school. His plight is not one that only applies to children, but resonates across ages. His troubles and subsequent reactions to them are easily related to. And at the end, his growth is our growth. As a reader, I felt changed by the end of it, and that is a great achievement.

“There is not always a good guy. Nor is there always a bad one. Most people are somewhere in between.”

The titular monster is a brilliantly crafted creature, an ancient figure with a poignant goal. His presence in the book is unexpected and I won’t say more than that. You need to read it to discover the magic of it for yourself.

A beautiful homage to Siobhan Dowd, Ness has created a stirring narrative that is at once profound, enchanting and heartbreaking.