Hope you’re all settling well into the new year. As part of my resolution to post more book reviews, I’m making my attempt to start on the right foot…

Thank you to NetGalley and Crown Publishing for providing me with this ARC in exchange for an honest review! 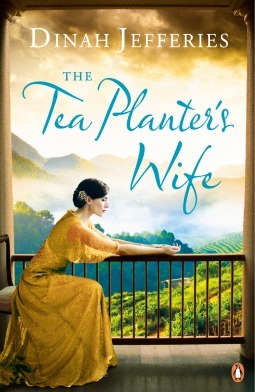 Nineteen-year-old Gwendolyn Hooper is newly married to a rich and charming widower, eager to join him on his tea plantation, determined to be the perfect wife and mother.

But life in Ceylon is not what Gwen expected. The plantation workers are resentful, the neighbours treacherous. And there are clues to the past – a dusty trunk of dresses, an overgrown gravestone in the grounds – that her husband refuses to discuss.

Just as Gwen finds her feet, disaster strikes. She faces a terrible choice, hiding the truth from almost everyone, but a secret this big can’t stay buried forever . . .

The Tea Planter’s Wife was a book that surprised me, and that doesn’t often happen. I spent a majority of the novel believing that I knew everything, but the end proved me wrong. That being said, I enjoyed the book. I found it a diverting read that entertained me. Unfortunately, there were many things that I was not too fond of. The characters for one fell flat for me, especially our protagonist. I found it difficult to believe some of her choices. Her relationship with her husband was also lacklustre.

The descriptions, on the other hand, were extremely vivid. The lush images were easy to get lost in. It was that that swept me into the story when plot and characters proved less enchanting.

The plot itself was a tragic one, revolving around a dark secret and the consequences of the lies told to keep it concealed. It promised to be an interesting turn, but the secret itself was ignored in my opinion for a good portion of the novel, focusing more on our protagonist’s attempts to reconcile with the world she inhabits. It is unfortunate, because if the focus had been laid more heavily upon the secret itself, the story might have been more intriguing than it was. As I mentioned, the ending was not what I expected and I appreciated the maturity and realism of it. I only wish that the entire novel leading up to it had demanded more of my investment.

Conclusion: Still, I can not fault Dinah Jefferies for her strengths in crafting a narrative that really brings the reader into both the time period and the setting. A diverting historical fiction.