Hosted by Sam at Taking on a World of Words, this is one of my favourite weekly blog hops! I love being part of the a great community of readers.

I managed to finish a few books, despite the fact that I’m juggling writing for NaNoWriMo and preparing my novella for publication.

Selfish promotion right now, but Eléonore has a release date: DECEMBER 4TH 2016, and I’m looking for a few more ARC readers! If you’re interested, here’s a link to the post!

And now to my reading habits! 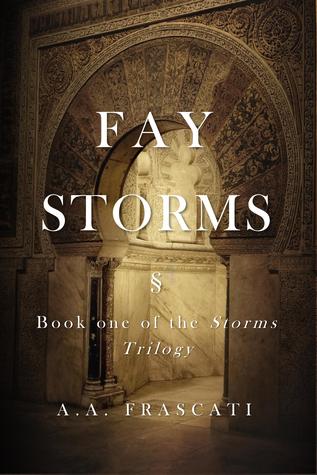 Thief by trade. Half-breed by blood. Fifer is part-Fay and all pluck.

When her partner goes missing and she is abducted by demanding clients, Fifer finds herself trapped in a plot she wants no part of. By fulfilling her contract with the Aestus, the brotherhood of powerful and secretive warriors, she will discover that she’s not what she thinks.

The Aestus need her—even though Arkadius, Master in training, can’t see it. In order to stop the Aestus clans from warring among themselves, Arkadius must rely on Fifer to steal a powerful magical artifact. But how can a woman save the mighty Aestus? When he discovers the answer, the fate of the Empire will rest on the edge of his sword.

I’m only a few chapters into this book, which I received in exchange for an honest review. So far, so good. The world-building is rather impressive and I like the characters well enough. A decent start 🙂 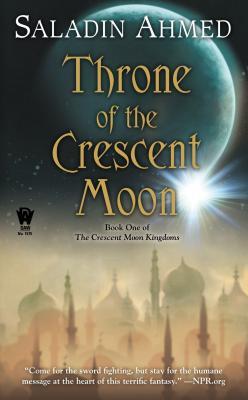 From Saladin Ahmed, finalist for the Nebula and Campbell Awards, comes one of the year’s most acclaimed debuts: a fantasy adventure with all the magic of The Arabian Nights.

The Crescent Moon Kingdoms, home to djenn and ghuls, holy warriors and heretics, are at the boiling point of a power struggle between the iron-fisted Khalif and the mysterious master thief known as the Falcon Prince. In the midst of this brewing rebellion a series of brutal supernatural murders strikes at the heart of the Kingdoms. But these killings are only the earliest signs of a plot for the Throne of the Crescent Moon that threatens to turn the great city of Dhamsawaat, and the world itself, into a blood-soaked ruin.

I rather enjoyed this one. The non-European setting was definitely a plus for me. It’s been a while since I read a fantasy that centres on different culture than I’m accustomed to. The world building was strong and the characters were well developed, for the most part. Definitely a promising start to a series.

Nineteen-year-old Gwendolyn Hooper is newly married to a rich and charming widower, eager to join him on his tea plantation, determined to be the perfect wife and mother. But life in Ceylon is not what Gwen expected. The plantation workers are resentful, the neighbours treacherous. And there are clues to the past – a dusty trunk of dresses, an overgrown gravestone in the grounds – that her husband refuses to discuss. Just as Gwen finds her feet, disaster strikes. She faces a terrible choice, hiding the truth from almost everyone, but a secret this big can’t stay buried forever . . .

To be perfectly honest, I have mixed feelings about this book. It was a good read, but nothing exceptional. The descriptions were beautiful, the historical setting definitely caught my attention, but the characters fell flat for me. There were also a lot of time jumps which I found to be more jarring and dissociated me from the story. I wanted to enjoy it more, because the potential was there, and though the ending proved superior to everything that came before, it didn’t come soon enough to redeem the whole story.

The Hero and the Crown (Damar #2) by Robin McKinley 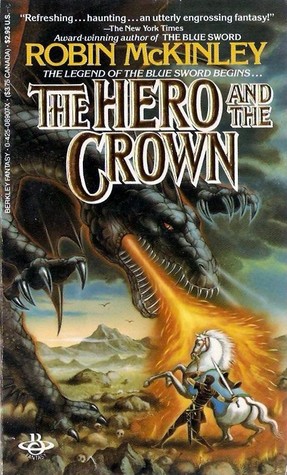 Aerin could not remember a time when she had not known the story; she had grown up knowing it.

It was the story of her mother, the witchwoman who enspelled the king into marrying her, to get an heir that would rule Damar; and it was told that she turned her face to the wall and died of despair when she found she had borne a daughter instead of a son.
Aerin was that daughter.

But there was more of the story yet to be told; Aerin’s destiny was greater than even she had dreamed–for she was to be the true hero who would wield the power of the Blue Sword…

The last book I finished this week, was my favourite. BY FAR. I love McKinley’s writing style. I love Aerin. I love the way the story is uncontrived. It was a classic fantasy, reminiscent of Mary Stewart and JRR Tolkein in many respects. Also, I haven’t felt so inclined to ship a pairing in a while as I have with two characters (won’t specify for spoilers) in this beautiful story. A quick read, and a mesmerizing one!

Vicious by V.E. Schwab was supposed to be one of my November reads, but the person I’m supposed to buddy read it with (aka my sister :P) is still reading another book, so it might be postponed to December. In light of that, I have a few NetGalley ebooks to read, and of course Harry Potter and the Half-Blood Prince by JK Rowling. I’ll see how I feel after Fay Storms.

That’s it for me friends 🙂 Feel free to share your link in the comments or let me know what you’ve been up to in the reading world!